Our advanced analytics come from our partners at Transferlab which provides players with a headline score (0-100) for different positions and playing styles.

To calculate the headline score, each action in every game is recognised and valued within a team’s build up play and awarded a positive or negative value based on it’s effect on a team’s likelihood of scoring or conceding during a sequence of possession.

As an example, a successful through ball, which registers as an assist, is going to score highly when compared to an unsuccessful backward pass. Also, a player will be penalised if he misses a chance that he really should score.

If we look at an extreme, the average of all Lionel Messi’s events over the past 2 years have positively contributed to 0.52 net goal difference per game (which can identify him as the best player in the world.)

Specific events are then isolated. Messi’s goal contribution based on touches in the opposition’s box alone create 0.23 net goals per game which also ranks him higher than any other player in the world specifically at that particular action. But unsurprisingly Messi does not rank highly at heading (in open play) where van Dijk tops the list.

A subset of events is chosen to identify what is important for a certain position and playing style. For a ’classic winger’ we look at; expected assists, short passes, touches in final third, passes into box, key passes, carries and dribbles.

Taking into account an adjustment for the strength of the league*, the most effective players over a period of 2 years, at those specific events will score the highest for that position and style.

*as an example, if a player is performing well in La Liga, it scores higher than in, let’s say, the China Super League. (The league rankings are available on request.)

When comparing all classic wingers globally, Jesse Lingard scores 88.0 (ranked in the 88th percentile) compared with Gareth Bale who is a rated 98.5.

The diagrams and tables, visible on the Player LENS platform, highlight Lingard’s contributions are nearly all slightly lower than Bale’s although Lingard’s passes into the box especially let him down.

We can therefore identify a players strengths and weaknesses with the analysis. Lingard’s dribbling ability is also relatively poor (especially when it could be considered that players in the English Premier League should all rank in the top 5%.

If Bale has a weakness it would be his short passing and how this action contributes to actual goals within games.

When searching for available players, Player LENS users can select from a number of styles and positions to analyse and talent with the players in their current squad and other transfer targets. 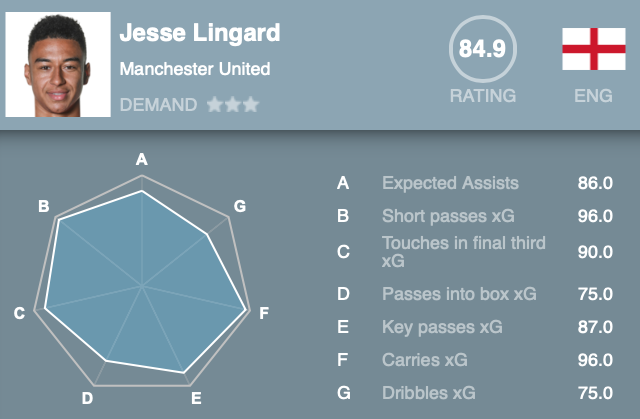 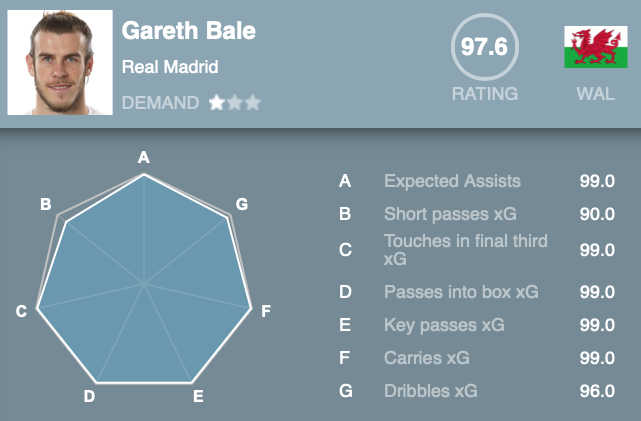 Our heat map functionality, provided by Transferlab, visualises a simple story, based on 2 years on field activity, where is a player most commonly active / involved in play?

Another use is when looking at wingers who are often now considered to be able to play on both flanks. Heat maps can identify when there is a clear playing preference. 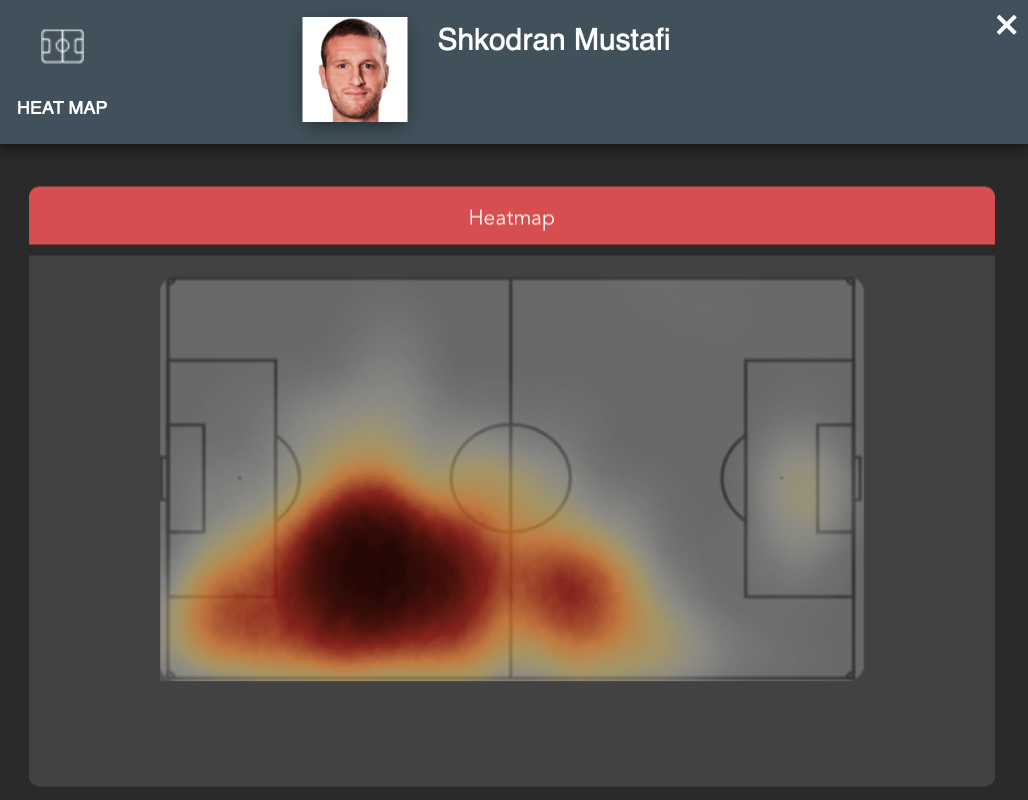 In conjunction with all the data based analytics, provided by our partners at Wyscout, clubs can immediately review video highlights of a player.
A player’s last 3 games are available and can be watched in full or focus on a player’s particular actions which provide an immediate assessment of a player’s recent form and capabilities.

Our Investment potential projection provides an analysis on how a players’ on-field ability is likely to develop over the course of his career and reflect on his transfer market value.

Each player’s score for each metric is then projected into the future based on how the metric values tend to increase or decrease as players gets older.

Players who are projected to show performance improvement and are able to sustain a higher performance level over their career, offer a higher investment potential than those whose careers are set to decline.