Our advanced analytics come from our partners at Transferlab. .

To provide players with an overall score, each action in every game is recognised and valued within a team’s build up play.

Every action in a match is awarded a positive or negative value based on its effect on a team’s likelihood of scoring or conceding during a sequence of possession. As an example, a successful through ball, which registers as an assist, is going to score highly when compared to an unsuccessful backward pass.

If we look at an extreme, Lionel Messi’s events positively contribute to 0.47 expected goals per event.

But amongst all these events there are strengths and weaknesses.

But amongst all these events there are strengths and weaknesses.

Every touch Messi has in the opposition box creates 0.23 goals which ranks him higher than any other player in the world with that particular action.

The absolute scores are translated to rankings and are adjusted for the quality of the league. (If a player is doing well in La Liga its rated higher than in let’s say the China Super League.)

The best player globally at making positive contributions through a specific event scores 100 and the worst, zero. (So, for touches in the opposition box Messi is rated 100.)

But, if we look at Messi’s scores in other events, such as heading capabilities, he does not necessarily rank the highest.

When a club put together a team they will look for players with different attributes. So, whilst they may look for an attacking playmaker Like Messi, they may also choose a target man striker with different qualities where a player like Lewandowski would score very highly.

A player’s sub set of attributes allows a club to identify a player’s strengths and weaknesses in a desired position. As an example, you may expect all Premier League players to all rank in the top 5% of players globally but when they do not we can identify why.

Here, when we compare all wingers globally, Jesse Lingard ranks in the 88th percentile.  Generally, his scores are a little low but his dribbling and (especially) his passes into the box that let him down.

Lingard can be compared with Gareth Bale who, based on our analytics, is a winger rated in the top 2% of all players globally. 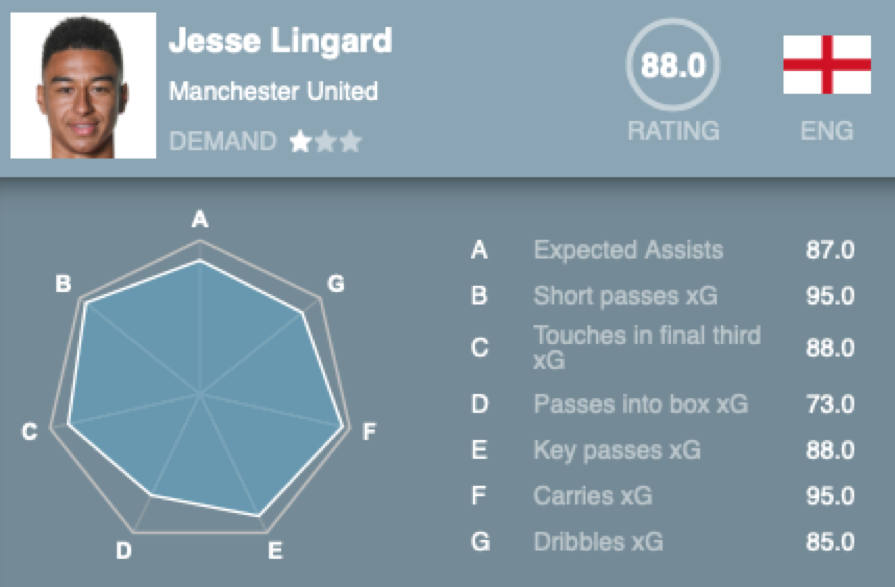 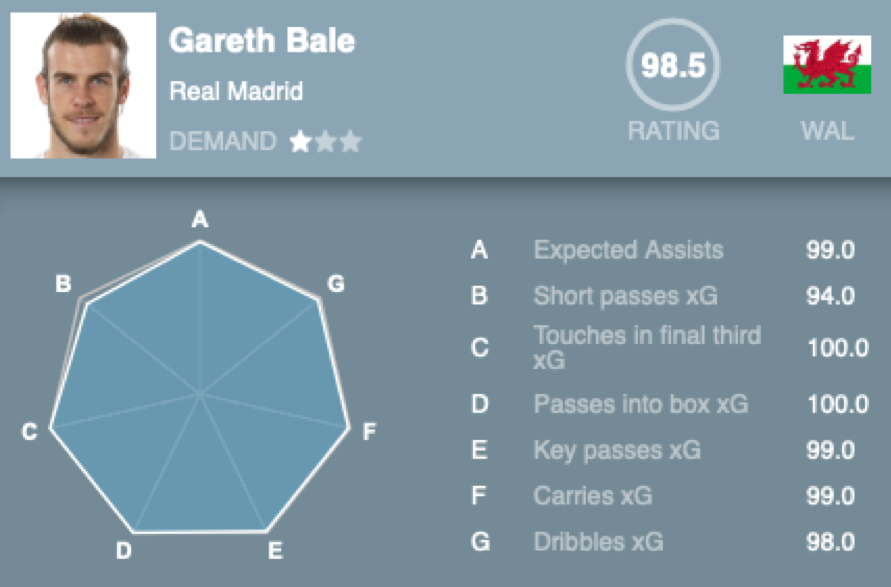 Player LENS users can select from a number of styles and positions to analyse the player available on the platform and compare them with the players in their current squad and other transfer targets.

Our heat map functionality, provided by Transferlab, tells a simple story, based on 2 years on field activity, where are is a player most commonly active? 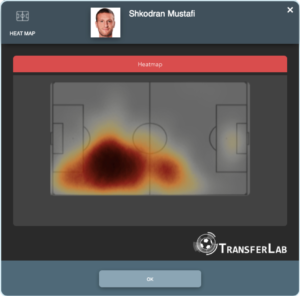 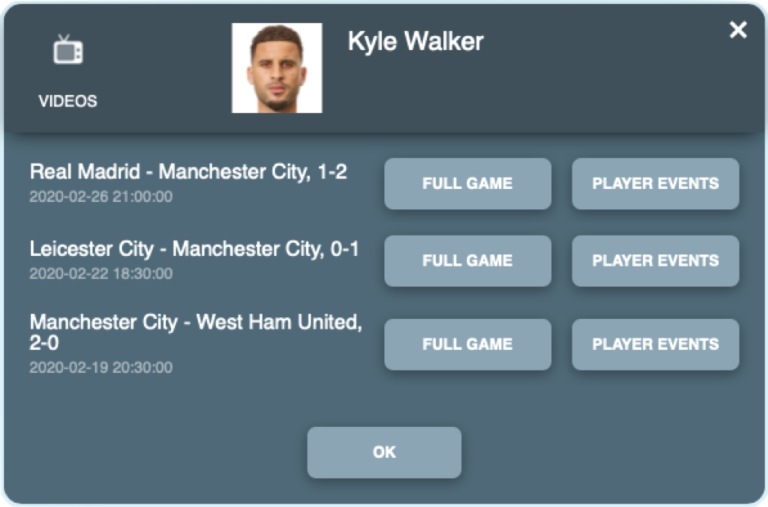 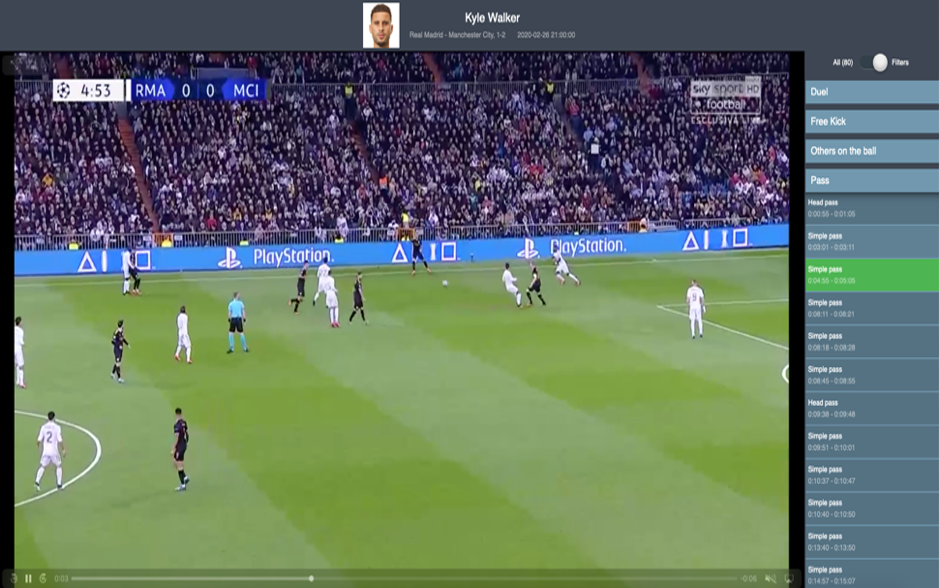 In conjunction with all the data based analytics, clubs can immediately review videos of a player provided by our partners at Wyscout.

A player’s last 3 games are available, they can be watched in full or focus on the players particular actions. These actions can also be filtered.

Our Investment potential projection provides an analysis on how a players’ on-field ability is likely to develop over the course of his career which should have a reflection on his transfer market value.

Each player’s score for each metric is then projected into the future based on how the metric values tend to increase or decrease as players gets older based on data from 75 leagues.

Players who are projected to show performance improvement and be able to sustain a higher performance level over their career, offer a higher investment potential than those whose careers are set to decline.